We need to have an honest and open conversation about sex and sexuality in digitised Africa! Given the evolution of African cultural norms and the changing media environment, the trends on access to, censorship and regulation of sexual content on the continent, must be confronted openly and realistically. It is time to stop treating sex and sexuality issues with conservatism. Africans have sex! The ‘with who’, ‘why’ ‘how’ and ‘to what end’ which, yesterday was not spoken about openly, and with not just ‘anybody’, today blatantly pops up on the screens of our mobile phones and television sets in different forms, with or without our consent. Africans are consumers of global media, made easily accessible daily via Digital satellite television (DSTV) and the internet. As a result their view of the world is different today than it was, say, two decades ago. Our challenge A significant number of African countries openly recognise only heterosexual relationships. 33 of the 54 African countries have laws that criminalise same sex relationships. Within the scope of heterosexual relationships, the chastity of women is valued with very little recognition of their individual sexual and reproductive rights. Generally, women on the continent regardless of age, race, ethnicity, religious background or sexual orientation, are in the majority of the sexual and gender group that carries the consequences of a society where patriarchal norms govern and characterise sexual behaviors. Sexual offences, obscenity, content or censorship laws run afoul of free expression and access to information rights. This is because they border on indecency and obscenity, which are usually, largely defined by morality, culture and religion; in most instances, these yardsticks are not standard even in a single community. Other characteristics of our African societies include the lack of honest family level and institutional adolescent sex education; intolerance of the gay, lesbian and trans community and little opportunity for women’s discussions on  sex and sexuality . Abortion is illegal or immoral and sex work, despite being a highly ‘demanded’ service, is criminal. In the past two years, the aforementioned laws, the morality question and the rise in access to the internet have made for interesting observation in as far as efforts to regulation sexual content in Africa’s mainstream media is concerned. The naked truth Sex and sexuality issues can no longer be kept under the wraps. You just need to watch television to prove it! Children’s viewing has evolved. A couple of years back, cartoon cat and mouse characters, Tom and Jerry innocently chased each other in an endless battle. In the series I watched with my eight-year old daughter last Monday on DSTV’s Boomerang a ‘small and beautiful’ She-cat, as my daughter described her, distracts Tom. Similarly, teenage television viewing borders on relationships. Any parent who takes time to sit and watch popular teen series’ Jessie on the Disney Channel and Henry Danger on Nickelodeon, knows that more often than not, episodes will depict the complexities of teenage dating. Together with the internet, the television is, in a sense, the new sex ed class for our teenagers. This makes a folly of two recent developments on the continent. Last year, Kenya was at the forefront of what led to the continental ban of an episode of cartoon series, The Loud House, on Nickelodeon. The country’s Film Classification board caused the ban after complaining that the series featured an animated gay couple.  Earlier Nigeria had caused a continental pull down of the second season of reality show I am Cait from E! Entertainment. Last month, media reports indicated that Kenya had called for a ban of yet another seven cartoons on three children’s channels for being ‘pro-gay’ and ‘normalising, glamorising or even glorifying homosexual behaviour’, a trend they noted as damaging ‘family’. It must be noted that a request by one African country for a pull down of any show on DSTV has implications on the entire continent. This is because, in 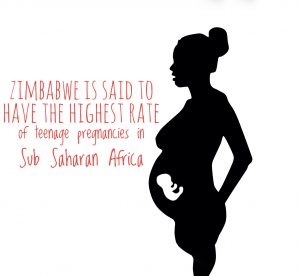 most instances, some of the channels and content providers have one feed for the entire continent. This is the case for Viacom International Media Networks Africa (VIMN Africa) and NBC Universal International Networks,  that provided the aforementioned shows. While other providers like M-Net have regionalised channel feeds for South, East and West Africa in order to satisfy regulatory codes in the regions, it may still be a challenge in other regions. Take for instance, Southern Africa where approaches to sex and sexuality and sexual content differ from one country to another. South Africa has legalised same sex marriages and revised its Sexual Offences legislation to grant rights to children between the ages of 12 and 15 to consent to sexual acts with each other. Next door, in Zimbabwe, same sex relationships are outlawed, and even the distributing contraception in schools was declared a No, No!. As a result, recent reports rated Zimbabwe as having the highest rate of teenage pregnancies in Sub Saharan Africa. Within that scope, a move to ban sexual content may deprive South African citizens of content that would be acceptable in their society. In the second development, which is in fact more recent , Ghanaians last month petitioned the country’s media regulator, the National Media Commission, to stop the screening of pornographic movies on three free-to-air television channels stating that by showing these, the channels disregarded ‘constitutional responsibility’. The regulator found the channels lacking in as far as meeting media decency standards. The country’s Minister of Information, Mustapha Hamid reportedly said that within the African context it was ‘incorrect’ to show the movies. Is this to say sex, in its varying forms, and sexuality issues have never been a part of our mainstream media consumption on the continent? As I reflected on the dimensions of sexuality on television in the past, I immediately remembered one of my favourite TV shows in the 1980’s, My two dads. Upon much reflection, I came to the realisation that the show was, in actual fact, about same sex parenting. While, I admit, that, at no given time were we driven to think that there may have been a sexual relationship between Michael and Joey (the two dads), my conclusion is that, there were no issues raised about the show, only because at the time, the queer society was definitely ‘invisible’. The show, therefore passed as innocent, in spite of the ‘inappropriateness’ of the story line, within the African context where a girl is raised by two men that her mother dated when she was conceived. Their co-parenting was based the uncertainty of which one of the two was her biological father. Furthermore,  publication of private intimate images of political activists in the mainstream media in order to discredit or silence them in politically related ‘attacks’, begs the question on who has rights to, and when is acceptable to publish sexual content. Never mind the scandal behind their publication, it has implications on individual rights to privacy. Zimbabwe’s state media has quite a reputation with this tactic. After he resigned from Zimbabwe’s ruling party, Zanu PF, in June 2016, former youth leader, Acie Lumumba’s intimate images were published by the state-owned tabloid, H-Metro. This followed his vocal criticism of the party and its leader Robert Mugabe after he left the party. The leak of the images extracted from a sex tape followed a search his residence by the police. In one interview Lumumba said that the leak of his images on social media and in the mainstream, were an attempt to silence him. Earlier, in 2007, the country had woken up to the country’s precedent case of the mainstream media publishing sexually explicit content when state owned newspaper, The Chronicle, published intimate images of Catholic cleric and critic of Robert Mugabe, Archbishop Pius Ncube.  Archbishop Ncube, who was involved in an adulterous relationship with one of the congregants, submitted his resignation to Pope Benedict XVI , following what he termed a state-driven, vicious attack on not just his person, but by proxy the Catholic Church in Zimbabwe. Enter the World Wide Web  The internet has presented itself as an alternative platform to overcome the aforementioned restrictive laws on 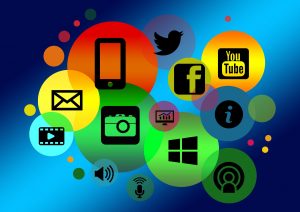 publishing of especially content that relates to diverse sexualities. The relatively affordable cost, ease of publication and access to this content has made the internet very important for the publication of sexual content. Marginalised groups have space on the internet which they would have never known in the mainstream, to express themselves, resist and mobilise support. Take for instance the online call by the Coalition of African Lesbians for contributions to the Southern African Charter on Access to health; which call recognised of the lack of access to affordable and accessible health services, including HIV related services for sexuality and gender-marginalised groups. Also interesting, is the launch and rise in popularity of Nigerian feminist, Iheoma Obibi’s women’s online sex shop Intimate pleasures . The shop also provides sex education and awareness sessions online under the hashtag #Sextalk. However, the same  internet, and especially social media, has replicated offline violations in the distribution of sexual content. This time by the users themselves as they continue to violate each other’s rights through invasion of individual privacy and violence based on sexual identities. As a result there is a continuing a trend of discrimination and criminalisation of sexual expression. Chief among these is the emergence of revenge pornography. So what? The parameters of what defines pornography must be made clear because it continues to shadow the importance of

sexual content in our societies today. Appreciating that morality can no longer be a basis to guide the extent to which sex and sexuality rights are exercised, would be a step in the ‘real’ direction. That the imposition of measures to suppress or restrict broadcasting of sexual content, such as same-sex marriage, rights to legal abortions, sex workers and sex education, will preserve our Africanness is a fallacy. African cultural identity is not static, it is fluid. The continued existence of sexual offences and censorship laws with obscur pornography and obscenity provisions is problematic. While we are in agreement on the protection of children against pornographic content, we need to decide whether censorship, of any kind, on other sex and sexuality content for consenting adults is feasible. In this technologically converged global media environment maybe African governments need to realistically weigh the costs of censoring what they classify sexual content against the citizens rights to access content of their choice, privacy of communications and free expression and opinion. Lastly, it is clear that within the scope of national, regional and continental multi-stakeholder internet governance processes, Africa finds itself faced with varying paradoxical socio cultural realities as it attempts to maintain strict reigns on the production and circulation of sexual content. Given the amount of debate on revenge pornography across the continent, the slow pace in its criminalisation is disturbing. People have rights to take and share images of their intimacy with who they chose in confidence. What is problematic, is the malicious distribution of those images without consent, and with the intention of causing harm or damage to another persons reputation. It is not a morality issue. It is a rights issue. As it is, some of the existing anti-obscenity laws on the continent fall short in the protection of victims and prosecution of perpetrators of some of sexual crimes. To date most victims of revenge pornography have found themselves equally liable to the sexual offence of production of ‘pornography’. If the law supposes that, then it is apparent then that ‘the law is a ass, a idiot!’